Mr Anurag Thakur is a third term elected Member of Parliament from Hamirpur,Himachal Pradesh (India). He is currently the only serving Parliamentarian to be commissioned into the Territorial Army as a Lieutenant of the 124 Sikh Battalion. Within Parliament Mr Thakur serves as Chairman of the Parliamentary Committee on Information Technology which recently initiated the nationwide debate on ‘Net Neutrality’ and as Member of Public Accounts Committee he examines the appropriations of government funds to various Ministries. He also represents India at the Parliamentary Steering Committee of the World Trade Organisation. He was the only leader to be re-appointed for a third term as the National President of the Youth Wing of the ruling Bharatiya Janata Party (BJP). Mr Thakur is also a former cricket player having played first class (and Ranji) cricket. He also served as a sports administrator leading the Indian cricket board -BCCI as its President, the Himachal Pradesh Cricket Association also as its youngest President and currently the Indian Olympic Association as its Vice-President. He is a recipient of the Best Young Parliamentarian Award and recognized as a “Young Global Leader” by the World Economic Forum. In a nationwide survey he was rated amongst India’s Top 10 Parliamentarians based on his Parliamentary performance and commitments to society at large. He is extremely active on social media and under his leadership the BJP Youth Wing for the first time in the run up to the General Elections of 2014,set up a national social media and IT team. 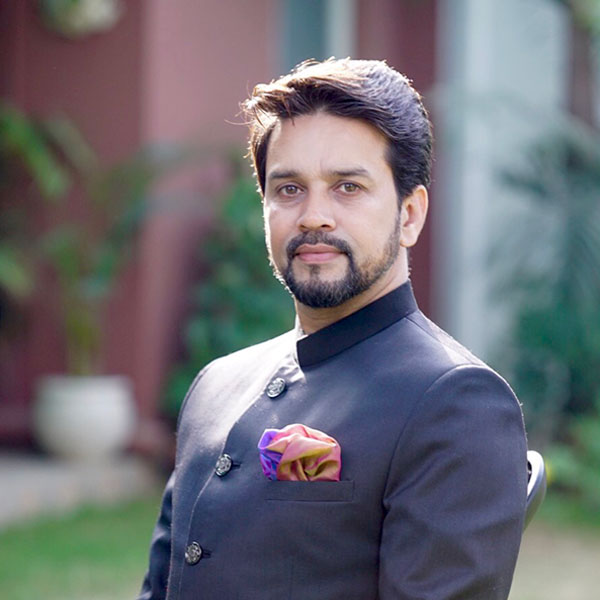