Office of the Chairman of the Parlamentary IT Commitee, India

Mr Astik Sinha is a policy consultant working at the Office of the Chairperson of the Parliamentary IT Committee in India. He navigates various issues critical to the success of India’s IT sector.

He has directly been involved in the state election campaign of 2012 and the Indian general elections of 2014 that witnessed the rise of Mr Narendra Modi as Prime Minister.

He has worked closely with the Youth Wing President of the ruling BJP party in India on numerous socio-political campaigns. He was also the Editor at Large for Youth Ki Awaaz, India’s largest youth-led platform.

He entered public policy and politics at a time when political parties and elected leaders were averse to its impact on the Indian electorate. He does not ever intend to contest elections.

Mr Sinha is a core group member of the Sustainable Development Goals Caucus, previously Fellow at the Asia Internet Coalition and Fellow at the Konrad Adenauer School for Young Politicians.

Mr Astik Sinha graduated from the University of Delhi with a Bachelors in Journalism (H), pursued the Media Studies program at St. Stephens College and obtained his Masters in Peace & Conflict Analysis from the Nelson Mandela Centre for Peace at Jamia Millia University, New Delhi. 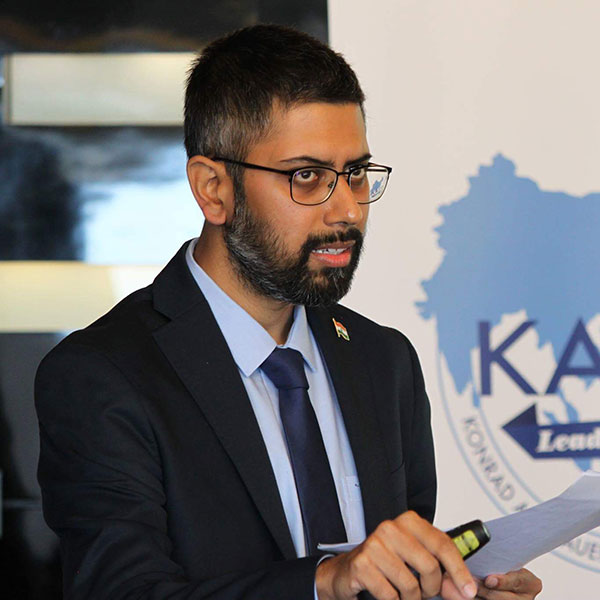