Werner J. Patzelt was born in 1953 in Passau. After his A-level-exams, he was active in the German military for two years. From 1974 till 1980, he studied political science, sociology and history in Munich, Strasbourg and Ann Arbor. He was a scholarship holder of the Studienstiftung des Deutschen Volkes. From 1980 until 1991, he was a scientific assistant in the institute for political science at the University of Passau. In 1984 he achieved his PhD and finished his state doctorate in 1990. Since 1991, Prof. Patzelt is professor for political systems and system comparison at the Technische Universität Dresden. He also holds various positions including a visiting professorship at the University of Salzburg, at the École pratique des hautes études in Paris/Sorbonne, at the Middle East Technical University in Ankara and at South Africa’s University of Stellenbosch

He is among others, a member of the Executive Commitee of the International Political Science Association and the commissions of History and Parliament of political parties.

His research focus is on comparative party, parliamentary- and system- research, evolutionary institutionalism and the scientific basics of social science.

As a commentator Prof. Patzelt is also present in the print media as well as in radio and television. In his free time he plays the cello and is active as a choirmaster. 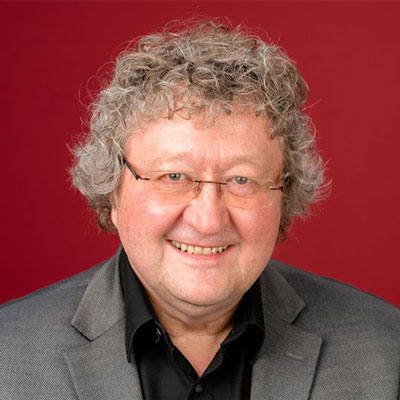